With the ASCENT project ending on 31 December 2022, the ASCENT Philippines team, led by Dr. Andre Villanueva and backstopped by project director Kristian van Kalmthout and digital technical officer Rachel Powers, held separate meetings with key partners in the Philippines to update them on the project’s progress and prime them for the scale-up of digital adherence technology (DAT) implementation. The steps that ASCENT is taking to prepare DAT-implementing facilities to continue using DAT from January 2023 onwards were presented as well.

Partners in framing the future of DAT use in the Philippines

The partners that ASCENT talked with included representatives of the Department of Health (DOH) Disease Prevention and Control Bureau (DPCB) and the Knowledge Management and Information Technology Service (KMITS). Dr. Anna Marie Celina Garfin attended the meeting as head of DOH DPCB Partner and Data Management Division and in her role as the ASCENT PH principal investigator.

The prospects of continued DAT use among drug-susceptible and drug-resistant TB were discussed at length with the Philippine Business for Social Progress. PBSP, together with UNOPS and USAID, implements a project on video-observed treatment (VOT) as part of the Introducing New Tools Project (iNTP). PBSP also manages the COVID-19 Response Mechanism (C19RM) Global Fund grant that will employ the smart pillbox to digitally monitor treatment adherence for drug-resistant TB patients across the entire country. Streamlined procurement of these boxes from the Global Drug Facility (GDF) catalog has been made directly possible by ASCENT project efforts in market shaping and increasing DAT access for ministries and implementers. Furthermore, these PBSP DAT expansion projects will utilize the structurally crucial adherence platform that was originally piloted by KNCV in its TB REACH work and has now been optimized through ASCENT for scaled-up implementation in the Philippines. 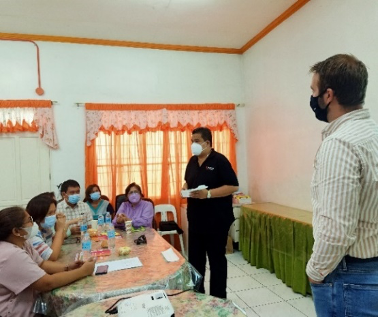 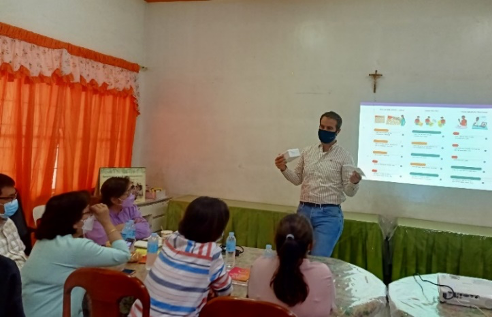 Dr. Andre Villanueva (left photo, standing, in black polo shirt) explained that the DOH’s Health Technology Assessment (HTA) of the three ASCENT DATs (99DOTS medication label, evriMED smart pillbox, SureAdhere video-supported treatment) is set to begin next year, supported for consideration by the NTP experience with ASCENT. A positive HTA recommendation would advance DATs on the pathway to becoming an officially recognized DOH tool and become eligible for government (financial and operational) support as a public health service. While awaiting this assessment, ASCENT is collaborating with other projects through donor-assisted mechanisms (e.g., PBSP/UNOPS/USAID VOT rollout, PBSP/GF/C19RM) to enable DAT-implementing facilities to continue using DAT. Moreover, depending on the findings of the upcoming NTP Joint Program Review, DAT use will be proposed in the next cycle of Global Fund assistance so that people living with TB can continue receiving DAT support during their treatment.

ASCENT outlined the plan to Dr. Lailani Mangulabnan (left photo: second from left), DOH CLCHD assistant regional director, and Dr. Hjordis Marushka Celis (left photo: fifth from left), the provincial health officer of Bulacan, that even after targeted patient enrolment on DAT via ASCENT will finish with the official end of project implementation phase in December 2022, ASCENT will ensure that the adherence platform will be maintained until June 2023. This will enable the monitoring and processing of DSTB and DRTB patients’ adherence data for all patients already enrolled. Moreover, PBSP will continue to support the use of DAT in Bulacan and Pampanga in 2023 through its C19RM project focusing on DRTB patients and will likewise support the continuation of the adherence platform. Dr. Mangulabnan was pleased to note the steps ASCENT is taking to transition to DAT implementation post ASCENT.

Altogether, Dr. Mangulabnan found that using DAT to support treatment adherence is “a very practical and good initiative.” Her conclusion came following the presentation of Dr. Villanueva (left photo) and Kristian van Kalmthout (right photo) on the positive and negative aspects and the requirements of using digital adherence technology.

Costing the implementation of the DAT intervention 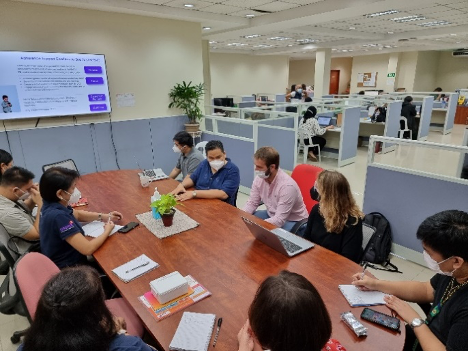 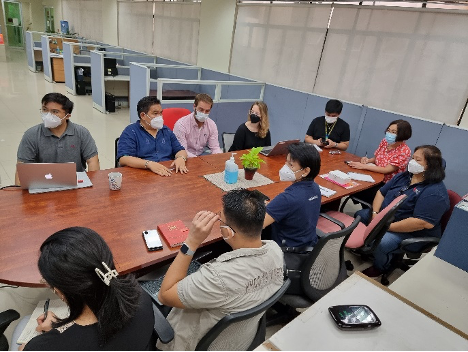 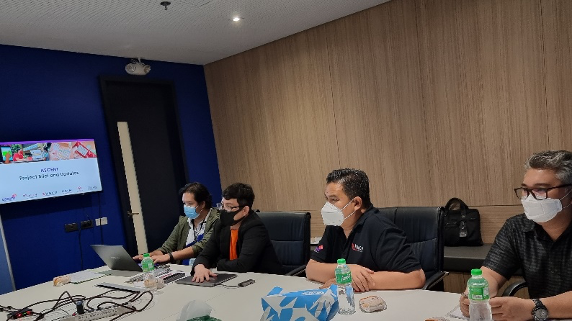 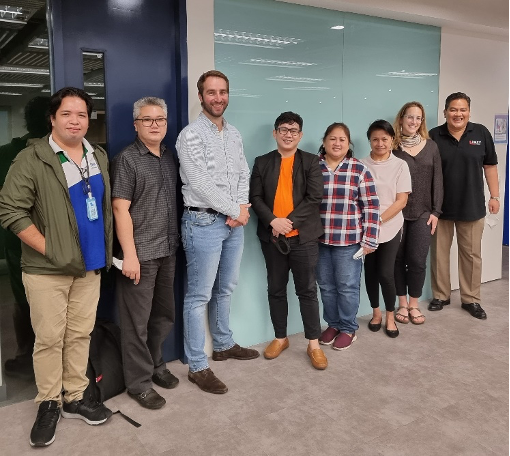 In the meeting with Arnyl Araneta (left photo: second from left), program manager of the GF-funded PBSP ACCESS TB project, he presented PBSP’s DAT implementation projects that leverage the ASCENT adherence platform. Through UNOPS/Stop TB Partnership/USAID, PBSP is rolling out VOT use among 19,000 targeted patients in six drug-susceptible TB sites and all GF drug-resistant TB sites across the country. DAT enrollment starts from July 2022 until the end of December this year.

Parallel to this, PBSP will use the smart pillbox in DR-TB facilities across the country through the Global Fund C19RM grant. With KNCV assistance, PBSP has placed an order for 3,000 units of the pillbox through the Global Drug Facility catalog and is set to procure another set of 3,000 units in the coming months. This will mark the largest pillbox order to date from a single implementer building on the ASCENT-enabled GDF ordering system and adherence platform infrastructure.

These two projects will ensure that DRTB patients in PMDT facilities in Bulacan and Pampanga, ASCENT’s intervention sites, will continue to benefit from the advantages of using DAT after ASCENT concludes this year. In the coming months, PBSP and ASCENT will discuss support to DAT use by DSTB patients particularly in ASCENT project sites.

In a related development, KNCV will assist PBSP to address its need for bigger pillboxes to accommodate the larger amount of DRTB patients’ medications. KNCV will discuss with Wisepill, the current manufacturer and supplier of smart pillbox, the possible development of bigger boxes, including sourcing elements of the pillbox from the Philippines to further reduce cost and/or optimizing the box design to enable more streamlined shipping and distribution.

The Unitaid-funded and supported ASCENT project is led by KNCV Tuberculosis Foundation in partnership with The Aurum Institute, London School of Hygiene & Tropical Medicine, and PATH.